Synopsis: Performing a magic trick, a 5 years old kid meets an imaginary friend. A short film for
everyone, that evokes with sweetness and humor the discovery of others, mixing real footage and
2D animation. 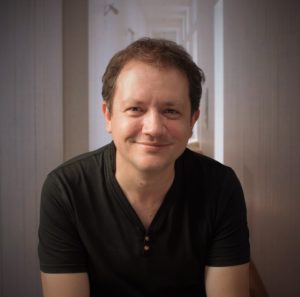 Biography: At 42 years old, Robin has been working always in the audiovisual industry. Multi-instrumentalist (he is screenwriter and editor of all his films), he has worked so to speak in all possible fields : Advertisements, news, documentaries, series, performances, fictions… But his hobby is directing short films for children, whose heroes are themselves children. Since 2000, he has written and directed a dozen short films, some for children and others for older audience, many of which have been awarded in various festivals. His work has already been aired on several major national broadcasters.