Synopsis: Renato has always been fearful of sentiments, avoiding relationships that he really had
to commit to. But when he finds out that the charming Anna, met by chance, is under house
arrest, he decides for once to let himself go and experience the feelings he always feared. In that
house, where he is the only male actor on the stage, he is convinced he can control the situation.
In love, however, there are no safe routes and soon the situation becomes more complicated. 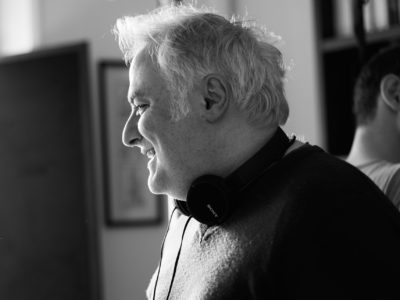 Biography: Emiliano Corapi was born in Rome in 1970. He graduated in law and then he stepped into the world of cinema by writing and creating several short films, which received lots of recognitions, such as the Moravia Award for screenplay, the Audience Award at the Tourin Film Festival and the Silver Ribbon. In 2011 he debuted with the feature film Sulla Strada di Casa, which received a strong critical acclaim and several Italian and foreign awards. Apart from being a director, he is also a screenwriter, and he takes part in the writing of several scripts for other director’s films.