There is a theory according to which we should have been born with a small quantity of alcohol in our blood, as a slight intoxication opens our minds, reduces our problems, and increases our creativity. Martin and three friends, who are exhausted high school teachers, are encouraged by this theory and begin an experiment to keep the alcohol level in their blood constant throughout the day. If Churchill had won World War II stunned by alcohol, what effect could a few drops have on them and their students? The first results are positive, so this small teacher’s project will transform in a real academic research. The results of both their classes continue to improve and the group feels alive again! One glass after another, some participants continue to experience improvements while others lose control. It becomes increasingly clear that, although alcohol has produced great achievements in the history of humanity, the audacity of certain actions has got some implications. 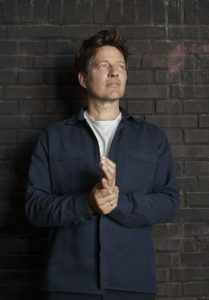 Vinterberg was, together with Lars von Trier, Søren Kragh-Jacobsen and Kristian Levring, one of the four original Dogme brothers. He has received a score of awards at international festivals for his short films, the Academy Award-nominated Last Round (1993), and The Boy Who Walked Backwards (1993).

Vinterberg’s international breakthrough The Celebration (1998), the first film released adhering to the Dogme concept, won the Special Prize of the Jury at Cannes, and his two English-language films that followed, It’s All About Love (2003) and Dear Wendy (2005), were selected for Sundance. The comedy When a Man Comes Home (2007) was Vinterberg’s first film in Danish since his pivotal The Celebration, followed by Submarino (2010), winner of the Nordic Council Film Prize.

Vinterberg’s The Hunt (2012) won three awards at the Cannes Film Festival, including best actor for Mads Mikkelsen’s performance, and was nominated for a Golden Globe. The Commune (2016) won a Silver Bear at Berlin Film Festival for Trine Dyrholm’s performance. In 2019, Vinterberg returned to international waters with star-studded Kursk (2019).

Another Round (2020), with its all star Danish cast, marked the director’s return to Denmark. The film screened at the Cannes and Toronto as well San Sebastián and London, where it won awards. Another Round also won four awards at European Film Awards, including the main prize for best European film. The film was nominated for a Golden Globe as well as two Oscars: For best international feature and best director. Vinterberg was the first Dane ever to be nominated in the directing category.