The pensioner has arrived in Greece, Halkidiki. While fishing from his boat, he pulls out an old amphora, but its bottom brakes off and falls back into the sea. The old man calls the “Rescue team” for help. Three “Rescue team” men arrive with their ship and put on scuba diver equipment, then go deep into the sea to find the lost property…

Born  09.12. 1950 . In Latvia, Riga. In 1980. Graduated Leningrad Institute of Theater, Music and Cinematography and back in Latvia started working at the Latvian Puppet Theater as a director for puppet plays for children. Since 1983. Works at Latvia Film studio as a puppet film animator and director. Since 1993 this puppet film Studio becomes an independent private company – Film Studio “Animacijas Brigade” (AB). Since then Janis Cimmermanis is one of the main film directors for the stop motion puppet animation films in Latvia. 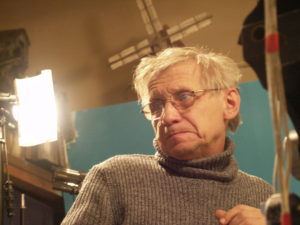