Shooom, a baby owl, hatches just as a storm turns the bayou surrounding her tree upside down, destroying his nest. Despite the difficulties, he’s determined to find a mother… even if that mom turns out to be an alligator or a raccoon! 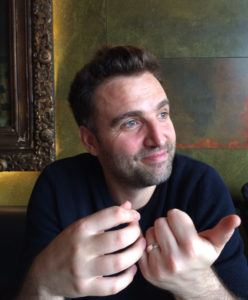 French director, Julien Bisaro studied at the Beaux-Arts Academy of Epinal. Julien worked on feature
films in a variety of capacities. Julien’s first short Bang Bang!, co-written with Paoletti, was nominated for
the 2015 César for Best Animated Short. It has since been selected in ninety festivals and was awarded
17 International prizes. His last film, Choum’s Odyssey, co-written with Paoletti, is a 26’ film for children,
produced in their own production company, Picolo Pictures.