Uff celebrates an ingenious and imaginative mind that deserves to be honored: a true artist of Latvian cinema, Jānis Cimmermanis.

Born in Riga, Latvia in 1950, he moves to Leningrad to chase his dream: cinema. And there he graduates at the Institute of Theatre, Music and Cinema in 1980. His first works as a director are inspired by the Latvian puppet theatre: this leads him to delve deeper into animation and to soon become a director for the Latvian Film Studio. His short films are marked by the use of stop-motion and the abundance of colours: Mischiefs (1990), The Three Musketeers (2005), The Tiger (2010), Corrida (2012) and Vasa (2013) are definitely among his most beloved shorts.

You will love the works of this maestro of the imagination! 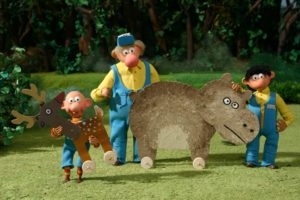 The old forest-guard lives in his house in the middle of the forest. The news strikes him that hunters are going to have his friends-animals hunted. The Rescue Team will help him. 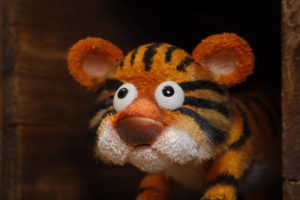 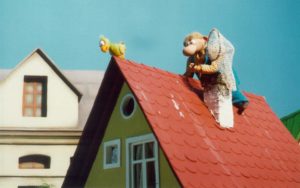 A little boy decides to build a bird cage, but there is no place to hang it. The boy calls the well-known “Rescue Team” which immediately arrives to solve the problem… 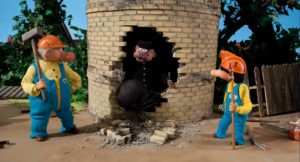 The great museum of Stockholm in Sweden exhibits the famous sailing boat “Vasa” that sank during its first voyage and had been later raised from the depths of the sea. Several Japanese tourists, guided by a tour guide, are walking around it. Suddenly the museum guard is horrified to see that
a large rat is sitting in the hole! And there is not just one rat. After unsuccessful attempts to get rats away, guards are ought to look for help. They are called “Rescue Team”.