Chameleon and Kiwi are a strange pair: while the former draws attention with his changing colors, the balding and perpetually frightened Kiwi shies away from any attention at all. But when a storm sweeps away the roof over their heads, they must work together to save each other! 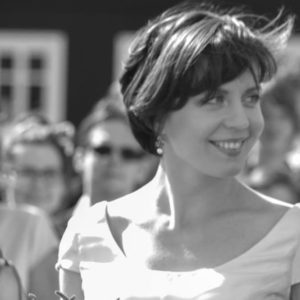 Barbora graduated from the Academy of Arts, Architecture and Design in Prague.

She participated as an animator in a feature-length puppet film Little from the Fish Shop by Jan Balej.

She presented the short film Deep In Moss at many international Festivals.

This year she finished her short film Overboard!, which was presented at Cinekid as pilot of a TV series in development. Barbora also illustrates books.

Filip graduated from the Academy of Arts, Architecture and Design in

Prague in the field of animation.

In 2015 he finished a short film Deep In Moss, which was screened at many festivals – HAFF, Ottawa IAF, Chicago Intl. Children’s Film Festival, DOK Leipzig, Animateka or Anifilm.

As an illustrator and director, Filip has been enrolled on this year’s IBBY (International Board on Book for Young People).