Synopsis: In the south of Tunisia, two football fan brothers bump into a donkey lost in the middle of the
desert on the border of Algeria. Strangely, the animal wears headphones over its ears.

Biography: A fascination for cinematography and its meaning brings to Yves Piat the natural gift of storytelling. A few years later, he assists the director Joël Tasset in his work. Yves discovers the world of cinema through his technician work as a decorator and studio manager on set for the production Fouillet Wieber. His shortfilm Tempus Fugit is interpreted by Maurice Garrel and produced by Lazennec Tout Court. Nefta Football Club is his first film in collaboration with LES VALSEURS. 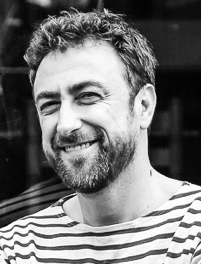