“Everyone thinks that I’m a dreamer, always with my head in the clouds, and that is fine because in a certain way, I am a dreamer; however, I also know to recognize reality. There it is, it’s that one sitting in the back. I’m not saying that I want to go and grab lunch with it, but if I must, I would…” Terry Gilliam

Terry Gilliam’s life has been just as animated, fun, and unconventional as are his films, going from living a humble childhood in the icy fields of Minnesota to entering the thrilling world of Hollywood, only to choose not to conform to the mainstream culture of New York, LA, or London during the 60s and the 70s. Terry Gilliam, who is also the director of films such as Time Bandits, Brazil, The Adventures of BaronMunchausen, The Fisher King, 12 Monkeys, and Fear and Loathing in Las Vegas, not to mention being one of the founding members of Monty Python’s Flying Circus, will be telling the story of his life up until his very last adventure, directing his latest film The Man Who Killed Don Quixote (2018). Gilliamesque will take you on a wild journey into the mind of a creative genius and the one and only late 90s pop culture. 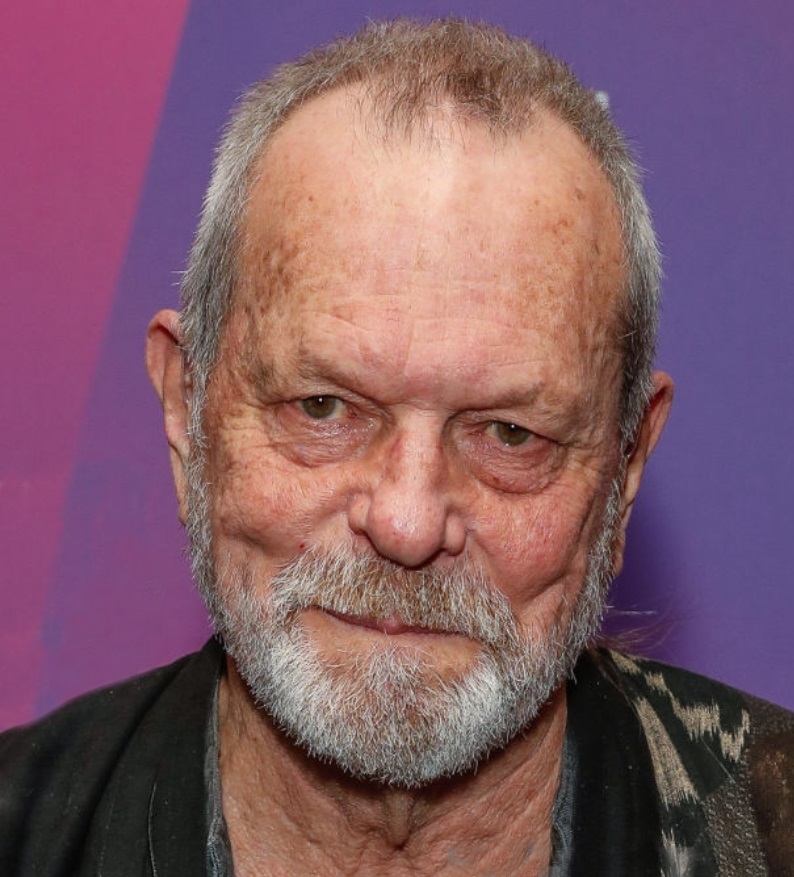 The only American member of MONTY PYTHON’S FLYING CIRCUS, Terry Gilliam graduated in political science from Occidental College in Los Angeles, moved to New York and became Assistant Editor of HELP! MAGAZINE and a freelance cartoonist. In 1967 he left America for England and started a new life as an animator. Having got his name up on the silver screen as Co-Director of MONTY PYTHON AND THE HOLY GRAIL, he has subsequently managed to fool people into believing that he has been totally responsible for such films as JABBERWOCKY, TIME BANDITS, BRAZIL, THE ADVENTURES OF BARON MUNCHAUSEN, THE FISHER KING, TWELVE MONKEYS, FEAR AND LOATHING IN LAS VEGAS, THE BROTHERS GRIMM, TIDELAND, THE IMAGINARIUM OF DOCTOR PARNASSUS, THE ZERO THEOREM and finally, after more than 25 years, THE MAN WHO KILLED DON QUIXOTE. To keep himself busy in between films he plunged into the world of opera
in 2012 directing for the English National Opera, Berlioz’s THE DAMNATION OF FAUST and, in 2014, Berlioz’s BENVENUTO CELLINI. His films and operas have won many awards and lost even more.