Ernst is a figure on a postcard in a card stand with many other motives. While the other cards are eagerly bought, no one is interested in his postcard and Ernst becomes increasingly discontent.

Stella Raith was born in Münster in 1995 and is living in the Stuttgart/ Germany area. Since her early childhood she loves to combine dance and illustration and found her realization in the form of animation. From October 2014-2020 she studied animation at the Film Academy Baden-Wuerttemberg with focus on animation.As director and lead animator she realized her final project ‘Avant Card’ in 2020 – an animation short film full of ideas and artistic expression. Besides her studies, Stella works as a freelance Filmmaker, Character Artist and Animator for companies such as ‘Pixelcloud’, ‘KingRacoongames’ and the state of Baden-Württemberg. 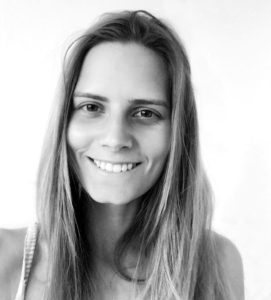