Two Elders feel that their grandson is old enough to start learning vitally important lessons that will equip him with the necessary tools to maintain the future survival of his culture. His classroom is the expansive country of his ancestors. But is he ready for the challenge that is placed before him, and will he know what to do when the time comes? 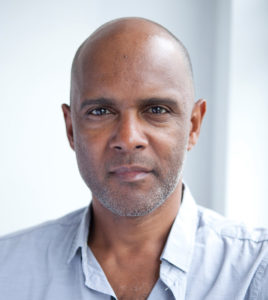 Tony Briggs is a Yorta Yorta/Wurundjeri (Woiwuurung) First Nations film practitioner (Actor, Writer, Director and Producer) based in Melbourne. The creator and writer of feature film The Sapphires which premiered at the Cannes Film Festival 2012. He received two AWGIE awards and it also won 11 of 12 categories at AACTA 2013. In 2013 Tony was awarded the Bob Maza Fellowship to attend New York for an intensive course on directing and filmmaking. Tony is co-originator, executive producer and writer of the eight part TV series The Warriors (2016). Other writing credits include My Place S2 E13 (2010) and The Sapphires Animation Series (2015). As an actor of over 20 years he holds many credits to his name. He is Artistic Director of Birrarangga Film Festival showcasing Indigenous Films from across the Globe to Melbourne audiences at ACMI