The Kindness of Strangers

Home / The Kindness of Strangers

Title: The Kindness of Strangers

Synopsis: Young mother Clara heads to New York City with her two sons in order to escape her abusive cop husband. When her car is impounded, Clara and her family must face the realities of life on the streets. Elsewhere in the city, lonely ex-con Marc is looking to rehabilitate his life running a Russian restaurant for eccentric proprietor, Timofey. At her lowest ebb, Clara finds through encounters with others that she’s not alone; Alice, a kindly ER nurse and amateur therapist, and Jeff, a young man struggling to find somewhere to belong, prove to be Clara’s unlikely guardians by providing refuge for her and thechildren at Timofey’s restaurant. From unexpected coincidences and the kindness of strangers, the most surprising of outcomes can flourish. As the unlikely group come together and Clara and Marc begin to fall for one another, they all discover that liberation and hope lies in each other’s hands. 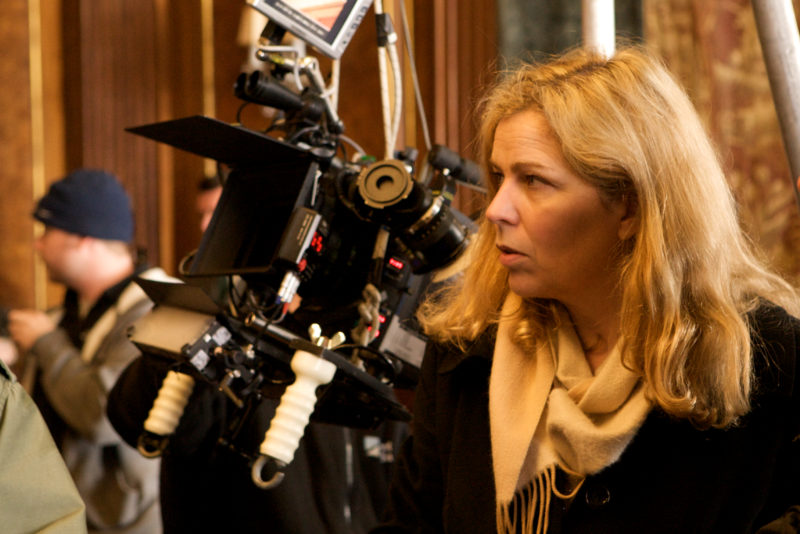 Biography: In her native Denmark, Lone Scherfig began her career directing award-winning commercials and television dramas. Her first feature as director, The Birthday Trip, was screened at the 1991 Berlin International Film Festival and “new directors”, MOMA New York, and won several awards at festivals worldwide. Her second feature, On Our Own, won the Grand Prize at the Montreal Film Festival. Lone next wrote and directed Denmark&#39;s fifth official Dogme film, Italian for Beginners. At the 2001 Berlin International Film Festival, the film won the Silver Bear Jury Prize for Best Director, the FIPRESCI International Film Critics Award, and the Ecumenical Prize. Both script and film won numerous additional awards from around the world. Her first English-language film was Wilbur Wants to Kill Himself, which she co-wrote with Anders Thomas Jensen; won Best Screenplay at the U.S. Comedy Arts Festival in Aspen; Best Picture at the Skip City Festival in Japan; and four British Independent Film Award nominations, including Best Screenplay. Reteaming with Anders Thomas, Lone conceived and wrote the characters on which Andrea Arnold’s Red Road was based. Ms. Arnold received the Jury Prize for Best Direction at the 2006 Cannes International Film Festival. In 2010 she directed An Education. The film won Sundance’s audience award followed by three Academy Award nominations for Best Picture, Best Adapted Screenplay (Nick Hornby), and Best Actress (Carey Mulligan) and eight Bafta’nominations. Other film credits include the Danish comedy Just Like Home, One Day based on Davis Nicholls’s bestseller, starring Anne Hathaway and Jim Sturgess and The Riot Club, based on the play Posh written by Laura Wade, starring Max Irons, Sam Claflin, Douglas Booth and Holliday Grainger. All films have premiered at Toronto Film Festival. Lone has written or co-written and directed five different tv-series including Quiet Waters, conceived by Lars von Trier. Most recently she directed the first two episodes of Astronaut Wives Club, a 10 episode limited drama series for ABC Studios. Her latest film The Kindness of Strangers with Bill Nighy and Zoe Kazan opened the Berlinale 2019.